A few days ago, if you’d asked me what ERP was, I would have said:

The letters stand for Enterprise Resource Planning, and its usually implemented by very large companies. Projects comprising many thousands of employees, involving many cross-enterprise functions, and thus a large number of stakeholders, all with differing expectations and objectives. Thus, a difficult project to manage.

And while I am a babe in the ERP woods, I’m an old enough hand at running large, complex software projects, to understand that the word difficult in this context, is an understatement.

That was a few days ago, though. In preparation for writing this article, I called a friend of mine who has been working in the ERP space for >20 years. I’ve known him for >40 years: we both used to work for DEC and left it together in 1980 to form a custom software house. It was in this venture where I learned how to successfully run a software project, and I’ll share the how with you in a moment.

But one thing my friend said about ERP projects, literally shocked me. He said that when setting the objectives for a new ERP project, the sponsors will be happy if the function’s actual performance remains the same as it was before the project, but is now able to scale to the size needed across the enterprise. In other words, they accepted ahead of time that it wouldn’t perform better, just that it would scale appropriately.

To a Continuous Process Improvements process bigot like me, I was disillusioned to say the least. Deming and Juran would be horrified by this low setting of the bar. If you’re going to tackle an expensive redo of something, do you really want to end up with “just” a more powerful (scalable) version of the same process? Would you not rather end up with a much better version of the process, and be able to scale it to the required size as well?

My friend agreed with me that it wasn’t ideal, but when I challenged him on the why’s of the lack of functional design across many factions and functions, he explained that managers in individual functions in a large enterprise, these days, had no knowledge of the other functions. He said that accountants understood spreadsheets, but not other forms of models, for example; that each functional department had its own objectives, often conflicting with others, and that they had no vested interest in wasting time fixing issues in other departments…

It’s clear to me, that if you can’t properly gather requirements for the project from all interested stakeholders, you are by definition going to deliver a system which will not meet all their needs. It begs the question of why bother with the project at all; when what you are doing is essentially putting the Red Queen in play: running faster and faster just to stand still. Sure, you will be able to handle more volume, indeed, perhaps even at the desired scaled up performance requirement. But wouldn’t you want to deliver the increased volume with fewer resources? Or at a faster rate, using the same resources, by improving efficiency?

So, I asked my friend if he remembered the projects we had worked on in the custom software house. Projects, for example, where we analyzed the requirements for an enterprise wide inventory, receivables, shipping and order processing system for Nestlé or Canron? Both large companies with thousands of people. And in each case, with almost every department and person in the company impacted by the new system.  Remember that these projects back in the 80s were radical redesigns of every function because we were applying automation with computers, to what had been manual processes. And during the years we did this, we delivered 94 of the 97 systems we built, on time and on budget, to a very happy set of users.

Impossible, you say with conviction!

No, not impossible, because:

All this meaning that once the analyst typed in the attribute names in a flow, no one ever typed them again; the dictionary simply filled them in when anyone started to type one. No misspellings, no wrong names or data types, and all of these parts of the system generated from the models directly. And yes, it even worked backwards; you could feed in these parts from the RDBMS and generate the models on the Mac, so that you could take an existing system and start enhancing it.

Yes, I do understand what my friend meant, about getting the various stakeholders to agree to talk about their objectives and discuss them with other stakeholders. I get that there are difficulties today, in bringing them all together to try to solve the broader implications. But the solution seems as obvious to me now as it did when I started doing this back in the 80s.

You, the people who after all run the projects which produce working ERP systems, you do have the power to organize and run the project the way you want to. You may have to play hardball at first, but my advice would be to do what I did. Just make it a rule, a law in your own ERP Land: If you want us to build your system, the only way we’ll take on the job is if you agree to kick the project off with a Joint Application Design session (a JAD session). Every stakeholder, in one session, headed by an analyst using a model to capture the system. For as many days as it takes!

Sure, you’ll get pushback, although with everyone working remotely now, fewer excuses about being available for an online session. And sure, people will complain about the lost time and wasted effort of sitting there listening to Fred in accounting explaining why Mary in receiving should be recording the arrival of some materials in a different way. But that’s exactly how you gain a leap in performance - when Mary suggests a better way for Fred to use the information, and perhaps, by so doing, eliminate a step in the process.

The advantage of modeling the system in a universally understood language, is that your users buy in to the project from the very beginning. They contribute to its design, they can and do visualize the flows of information; they literally see what each one contains and how it will be presented to them and used by them. And they see all this before a single line of code is written, when everything is still fluid and easily changed. They literally buy off on the proposed system before they use it. And when it’s delivered, it’s precisely what they expected, and the only changes they request are cosmetic. This is how you deliver on time and on budget!

So please tell me, all you expert ERM project leads - do you use models? Do you capture the requirements in a universal language understood by all stakeholders? Do you use JAD sessions to gather everyone’s requirements simultaneously, so that you can discuss and debate them, and then together design the right solution?

And if not, why not? 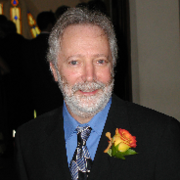 In addition to developing software, I have written a novel called, Napoleon’s Gambit: Sailing Through History to Commit the Perfect Crime. You can download a free copy from KTi’s website. Also wrote a textbook called, The Deft Way to Run a Software Project. Sorry - out of print; can’t give you a copy :(. And now, have just published a 2nd textbook called Take Control: Seven Steps to Independence. It’s our Covid Response, aimed at the millions suddenly unemployed by Covid, and is a free course and free consulting on how to launch and grow a Startup. You can download it without registration: See Take Control link above.

After selling DEFT to Sybase in 1991, I took 7 years off to go sailing on a catamaran called Bit-by-Bit. She was named this for three reasons: (i) she was paid for by a knowledge of bits, (ii) she was a cruising boat, sailing around the world in small trips, one bit at a time, and (iii), she was the 3rd boat so named, without numbers, to indicated one constantly improving boat - Continuous Process Improvements or nothing!

A voracious reader, movie watcher, technologist, and all of this pales in comparison to the importance of my family in my life: my son and daughter, and their families, and of course, my 3 grandchildren.

You need to be a member of ERPcommunity.com to add comments!

This reply was deleted.

ERPcommunity.com is a 7LinksWeb.com project. You don't have to be big to be noticed.